Two months ago, Argentina won approval from the United Nations (UN) Special Commission on the Continental Shelf (COPLA) for an expansion of its sovereign maritime territory following a detailed report and request submitted to the body in 2009. The move expanded Argentina’s rights and sovereign territory in the South Atlantic Ocean by around 35 percent.

An Argentine team of assembled experts in related fields, including Dr. Frida Armas Pfirter, was assigned to produce the proposal. It was set up in 1997 during the tenure of former president Carlos Menem and continued working through successive governments on the project. The final outcome was hailed as a success in Argentina following the UN’s recent decision to officially approve the extension of sovereignty.

Pfirter recently discussed these and other issues with journalists Guillermo García, Jorge Elías and Florencia Ventosa in the National Global programme on state-run Radio Nacional. Here are extracts from that discussion.

I believe this is a victory for Argentina, right?

The question is whether there is a new vision of the Continental Shelf. Has the Manual del Alumno Bonaerense (basic textbook issued to BA province public school students) been changed?

Yes, it has been changed. But I’ll make a clarification first. This was achieved ultimately through a team and that’s what I want to express because it’s been the work of a team lasting almost 20 years. But, yes, the map has changed. Let’s not scare students or teachers or parents, because it’s something exciting. That is to say, as someone did, that Argentina “grew.” It’s not really territory as such because it’s the Continental Shelf, over which the state has sovereignty with regards to resources…But the point is that now it has been given jurisdiction over this area. But it has been changed on the maps on the manual that depict over which areas of the ocean Argentina has rights. So one of the tasks that we have now is to develop all of this material and help Geography teachers, probably working together with the Ministry of Education, so that we can help implement (those changes) in the manuals so that afterwards (the information) can reach the students.

That could more or less be in a year’s time? For example, in the version of the manual that’s coming out next year, would we see those changes — or would it take a little longer?

Our dream is to make it happen for the manual that comes out next year, at least to make it into an appendix section. I don’t want to scare the publishers who may have to make changes…

But you wouldn’t “scare” just publishers, but all the other maps of the country that are sold in general. It will be a phenomenal change. Have you noticed the impact and echoes that this has had throughout the country for those that have seen it, or do you think it has remained more of a foreign policy issue that hasn’t reached general debate for people yet?

No. I believe that it has. We have received many messages on our website or sometimes by post to the Commission from people who aren’t even sure what it is, but simply saying things such as “I’m Argentine and I want to thank them for what they did.”

What economic impact will it have?

A great deal. We’re sure about that. All of the resources, minerals and hydrocarbons that there are in the region, the truth is that we don’t know completely their full extent at the moment. The Continental Shelf before was thought to extend up to a depth of 200 metres, and it now extends up to 5,500 or even 6,000 metres in some places — places where oil exploitation, for example, has not even begun. But with the knowledge that, on the African side of the Shelf, for example, there are already some wells, and considering that this is the same type of continental crust from before the continents separated, there’s every chance that there will be resources in the new territory. Further, detailed studies have also suggested the possibility of reserves. I wouldn’t say any more than that at present, because ultimately I’m not a professor of International Rights. But after the minerals we have found through our work and campaigns, there are also other, undiscovered resources.

What political impact will it have?

First of all we are fulfilling an international obligation. With the United Nations Convention on the Law of the Sea (UNCLOS), we are obliged to do this study and present the evidence before scientific bodies that can analyze the data and say whether or not what Argentina said — that this is a natural expansion of its territory — was correct. After that, we have a demarcation of maritime areas that also helps us in that, aside from the area of conflicting claims involved in this which we shall also address and the areas not involved in the conflict. Argentina now has an expanded and demarcated territory and so is now central to the conversation with vessels to help to carry out scientific investigations, or ships who wish to enter the region for other activities, for example.

What reccomendations did Argentina make regarding over whether or not this is a binding or non-binding resolution?

The Commission analyzed all the data and made a scientific recommendation. The limit was ultimately defined by the state. When Argentina presented this information, the United Kingdom (UK) objected to the part of the shelf on which rest the Malvinas Islands. Argentina rejected the British objection and the Commission said, “We recognize that here there is a sovereignty dispute, and postpone analysis over this area for the time being.” This was a great diplomatic victory for Argentina, because until that moment the UK had refused to recognize the existence of the sovereignty dispute and now here is this key international organization officially recognizing the existence of the dispute. And they returned to reaffirm its existence after the UK delegation made their presentation, one month after Argentina had presented its case to the Commission with regards to the Continental Shelf and the Malvinas Islands. 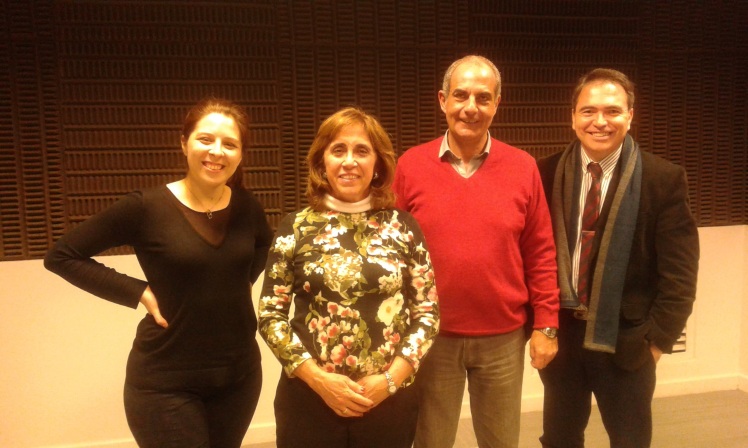